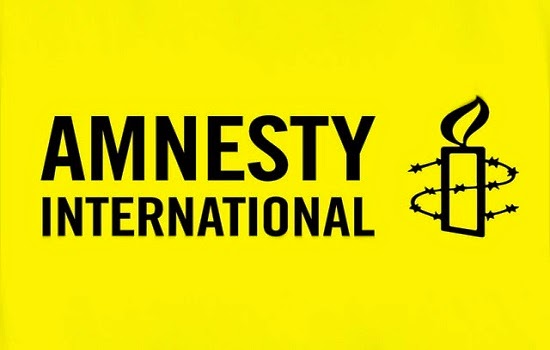 Iranian trade unionist Shahrokh Zamani, a prisoner of conscience, has ended a hunger strike after 38 days, which has left him in poor health. He is facing reprisals for demanding prisoners’ rights inside Raja’i Shahr Prison.

After ending his “wet” hunger strike (taking water but not food) on 14 April, trade union activist Shahrokh Zamani was transferred to a ward for violent or dangerous prisoners at Raja’i Shahr Prison, in Karaj, north-west of Tehran, after his initial transfer to Ghezel Hessar Prison, also in Karaj, shortly after he started his hunger strike. Ghezel Hessar Prison is known for its poor prison conditions and does not have a ward for political prisoners. During this transfer on 14 April, Shahrokh Zamani was reportedly hit in the face by prison guards and his eyeglasses were broken. On the morning of 16 April, Shahrokh Zamani was taken outside of the prison for questioning and returned back later the same day. He has been told that he may be charged with “disturbing public order” in relation to his activism from inside prison including his hunger strike and open letters he wrote about prison conditions.

A source close to Amnesty International has said Shahrokh Zamani, who is 49, is weak after his hunger strike, but he has not been examined by a doctor. He lost about 22 kilos during his hunger strike.

Please write immediately in Persian, English or your own language:

Calling on the Iranian authorities to release Sharokh Zamani immediately and unconditionally as he is a prisoner of conscience held solely for his peaceful trade union activities;

Urging them to ensure that he is protected from torture and other ill-treatment and receives any medical attention he may require;

Calling on them to end the harassment and arrest of trade unionists, and allow workers to exercise their right to form and join independent trade unions.

Leader of the Islamic Republic

The Office of the Supreme Leader


Head of the Judiciary

President of the Islamic Republic of Iran


Please check with your section office if sending appeals after the above date.

Shahrokh Zamani has written at least 14 open letters to the prison authorities but his concerns have not been addressed. In one of the letters addressed to the judge overseeing the prison, Shahrokh Zamani explained that he was transferred to Ghezel Hessar Prison after his protests against the closure and demolition of Raja’i Shahr Prison’s library for prisoners and the beating and other ill-treatment of death row prisoner Loghman (or Loqman) Moradi, a member of Iran’s Kurdish minority.

Shahrokh Zamani had been arrested on 8 June 2011 along with fellow painter Mohammad Jarahi, both from Tabriz and members of a group campaigning for the establishment of independent trade unions in Iran. Shahrokh Zamani spent 32 days on hunger strike in protest at his arrest, in the Ministry of Intelligence detention centre where he was held in Tabriz. In August 2011 Branch One of the Tabriz Revolutionary Court sentenced Shahrokh Zamani to 11 years in prison and Mohammad Jarahi to five years, after convicting them of charges including “acting against national security by establishing or being a member of groups opposed to the system” and “spreading propaganda against the system” for their peaceful trade union activities. In November 2011 an appeal court upheld Shahrokh Zamani’s sentence. Mohammad Jarahi is serving a five-year prison sentence for his peaceful trade unionist activities stemming from the June 2011 arrest.

Shahrokh Zamani was released on bail on 19 October 2011, but was to begin serving his sentence in the Central Prison of Tabriz on 14 January 2012. He was transferred to Raja’i Shahr Prison on 13 October 2012.

The UN Minimum Rules on the Treatment of Prisoners states that prisoners should be in accommodations with other prisoners who have been “selected as being suitable to associate with one another”.